Customer service is proven by actions, not words. In a technical industry, you must have technical expertise. Ultimately, our success rests in the hands of our employees. Their competence, commitment, and dedication are our competitive advantage.

Connectivity Point Design & Installation was founded in March 2002, by Doug Watt and four technicians. Some of you may recall that 2002 wasn’t the best of times for technology companies. The DotCom bubble had burst the year before, telecom was in a downward spiral, and the tragedy in New York City on September 11, 2001, had put a cloud over the entire country. At that time Doug Watt was managing a small office in Maine for a Massachusetts-based telecommunications and network integrator. That March, Doug got the unexpected news that his employer was closing its doors, effective as soon as possible. Doug felt he only had one option—he needed to start a company. After all, he had recruited and hired each technician, and they were counting on him for a paycheck. And his customers were relying on him and his crew to complete the projects that they already had underway. Connectivity Point was born.

From the very beginning Connectivity Point established a reputation for top-quality workmanship and a “get ‘er done” attitude. In 2006, Connectivity Point began to oversee projects across the country and expand the company’s products and services.

In 2018, when Connectivity Point was looking to expand further into New England, Rhode Island was at the top of the list. The state’s licensing program requiring technicians to pass a licensing test before they can work in the industry aligned with the company mission to offer the highest standard in connecting people and businesses.

When the opportunity to acquire Computer Telephone, Inc. (CTI) came up, Doug jumped at the chance. Having worked for many years with CTI and Tom Towhill, Doug knew their reputation for great work. Adding professionals like Tom Towhill and Linda Gordon made the decision easy. Tom and Linda have since retired, but Connectivity Point continues their legacy of building relationships and delivering quality workmanship.

In late 2020, Connectivity Point welcomed security provider DaneTech and founder, Torben Bernfeld, to the team. The DaneTech acquisition helped grow the company’s security footprint in Rhode Island and Massachusetts. After working for security companies from Denmark to the U.S., Torben started DaneTech in 2004. The success of his company made him a great partner for Connectivity Point, years before officially joining the team in 2020. Torben retired in 2021. 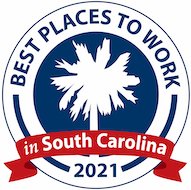